"In any team sport, the best teams have consistency and chemistry."

Since 2004, the Chargers have been a model of this with the arrival of general manager A.J. Smith. Changing the culture of a franchise is a difficult task as it is; however, the Chargers were on another level in terms of dysfunctional. 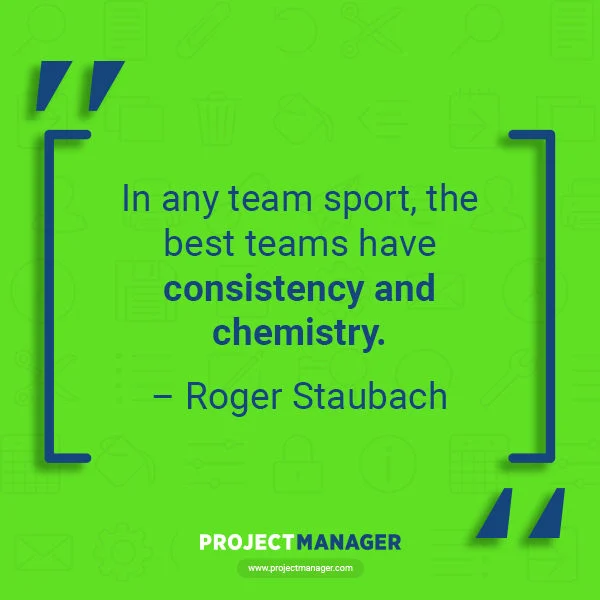 It had been seven seasons since the Chargers last had a winning year. Their offense ranked 24th or worse in five of those seasons for points scored while their defense was 22nd or worse in four. There wasn't much hope for improvement as they continuously missed on several drafts. Bobby Beathard inherited the team in 1990 and coasted for the first five years. Infamous for his inability to draft, he routinely failed to add players who started over 100 games, including one of the biggest draft busts of all time Ryan Leaf. His lack of success in drafting finally caught up with him, and in 2000 they opted to move on from Beathard. Owner Alex Spanos saw Bill Polian's success and decided to bring in former Bills general manager and protege John Butler as his replacement and director of player personnel A.J. Smith.

Butler's reign didn't last long, unfortunately, as he passed away from cancer in April 2003. His ability to spot talent was uncanny, as he drafted five players who played over 100 games, more than the previous five seasons combined. Two of those five were Hall of Fame running back Ladanian Tomlinson and future Hall of Fame quarterback Drew Brees. This is pretty amazing considering those were his only two years in San Diego.

Spanos loved the direction of the franchise, so he stuck with Butler's assistant, which began the Smith era. After a rough first year, the Chargers were on a roll. Smith was nailing draft picks and developing depth. He wasn't entirely without fault, as some questioned his tactics when he let Brees move on in free agency. However, his beliefs in roster construction allowed his policies on team chemistry and no-nonsense to hold firm. Smith didn't feel secure with the reports following Brees's shoulder surgery, which is why he offered Brees an incentive-laden contract. Instead of holding Brees hostage for trade potential, he let Brees walk so he could focus on supporting his next star quarterback.

Smith's plan started in 2004 following his first rough year when he acquired Philip Rivers through a trade with the Giants. With the added draft picks from the deal, Smith had an arsenal to develop his new culture. Fast-forwarding through his ten-year career as the general manager, the Chargers made the playoffs five times while only having two losing seasons: his first and last.

Following four abysmal drafts, Spanos saw the team falling apart. The injuries had more substantial effects, and Smith's ego was growing, which wore on people around the organization. It was about chemistry anymore; it was about alienating people he didn't fancy, one of them being Tomlinson. 2013 rolled around, and it was time for a change. There was one tree Spanos knew had the people necessary to provide it.

Spanos still loved the structure of his organization and the success it brought, so while he sought to replace Smith, he didn’t want to change what was working. For the third straight time, he went back to the Polian coaching tree to pluck Tom Telesco as his next leader of the Chargers. With similar beliefs to both Butler and Smith, Spanos could enjoy his winning again.

It hasn't been the same result with injuries and a more competitive division being significant factors. However, the system stayed the same: draft well and didn't let anyone mess with the chemistry. We have seen departures of stars such as running back Melvin Gordon and Rivers without batting an eye because that's how the Chargers operate. And now, very similar to how Rivers come into the league, we now get rookie Justin Herbert.

Following the Leaf fiasco, the Chargers organization has preferred their rookie quarterback take a spot on the ol' pine before becoming the starter. I don't expect this year to be any different with head coach Anthony Lynn and quarterback Tyrod Taylor, who have a relationship dating back to their time in Buffalo. Taylor has proven to be a more than adequate quarterback during his time two years starting for the Bills despite one of the most injury-prone wide receiving corps we have ever seen. In 2015 he completed passes to ten different receivers while no receiver played more than 13 games. In 2016 he completed passes to nine different receivers with no receiver playing more than ten games. It's safe to say he's in a much better situation now.

Although Taylor can still be efficient and effective this year, it doesn't mean Herbert shouldn't be a buy candidate in dynasty leagues. The Chiefs Patrick Mahomes, Bills Josh Allen, and Ravens Lamar Jackson all sat for the start of their careers. There's no evidence stating sitting a quarterback is better than throwing him into the fire, as everyone has a different learning curve. It's not a bad thing if he takes the first year to learn. The majority of scout criticisms of Herbert stem from his reads, ability to handle pressure, and mechanics. Those are all weaknesses which can be improved as the season goes on. He can continue to work on those while the Chargers continue to bolster the offensive line and prepare for the coming of their franchise quarterback.

Herbert wasn't a highly sought after college recruit, receiving only four scholarship offers before signing with Oregon. Chatter started to arise about this kid following his freshman year but didn't hit full steam till his junior year when he 3151 yards and 29 touchdowns. Despite him surpassing both of those totals in 2019, there were rumblings from scouts about not improving enough to garner elite prospect attention. Regardless, the upside for this 6'6, 236-pound quarterback who ran a 4.68 40 and was top 20 in the NCAA in both yards and touchdowns is undeniable. It's up to the coaching staff to try to maximize his potential.

The way the Chargers built there roster over the past few years has been extremely beneficial for a rookie quarterback. Their run-heavy approach and strong defense should take the pressure off Herbert when he is ready to start. In addition, Rivers in 2019 had the ninth-best protection rate for qualified quarterbacks. It should be even more impressive after adding two dominant offensive linemen at their positions: Panthers guard Trai Turner and Green Bay tackle Bryan Baluga.

Resigning running back Austin Ekeler was another key to ensuring Herbert feels safe. He is one of the best in the league at finding open space, allowing Herbert to dump it off when in trouble for positive plays. Not to mention, veteran receiver Keenan Allen ranks ninth in both contested catches and yards after the catch while averaging 1.48 yards of separation per target. Meanwhile, you have big body receiver Mike Williams measuring in at 6'4” on the other side, with potential breakout tight end Hunter Henry providing a big target in the middle. This offense is set up in every way possible.

Like Rivers's early years, I expect the Chargers to operate through the running game and only use the passing game when they need to.

When the Chargers drafted Brees, they also drafted Tomlinson. Could we be seeing the second coming of Tomlinson with rookie running back Joshua Kelley? The odds are highly against it, but he could be a serviceable goal line and short-yardage back, providing relief for Herbert and opening up the play-action fake. Rookie receiver additions K.J. Hill and Joe Reed, each have their own set of unique skills. The Chargers struggled to get production out of their third receiver even though they ran three-receiver sets 75% of the time. Reed is excellent with the ball in his hands, as evident through leading the NCAA in kick returns for touchdowns. Hill breaking the Ohio State record for career catches showed his ability to get open. If these guys can play at the NFL level, they should be tethered to Herbert for years to come, giving him weapons for the future.

The Chargers believe this is their guy taking him with the sixth pick overall. There is a tremendous belief inside and outside the organization with Herbert's physical tools could make him a dominant force in the NFL. In a division loaded with offensive talent, he is going to have to be. The Broncos loaded up on weapons for second-year quarterback Drew Lock, the Raiders gave hyper-efficient quarterback Derek Carr three new weapons in the first three rounds, and the Chiefs just resigned superstar quarterback Patrick Mahomes to a half a billion-dollar contract.

If he's the starter, he will be getting you fantasy points. I believe it might take a few years to get there, once he's there he's not looking back. Herbert, landing with this organization, gives him a high percentage chance to be a fantasy stud for years.